This isn’t about the long grass: it’s about the grass roots telling us what they want – Labour on English devolution

Ed Miliband has reaffirmed Labour’s commitment to deliver further devolution to Scotland and announced proposals for a full Constitutional Convention rooted in our nations and regions, to address the need for further devolution across the UK, including England, and political reform of Westminster. 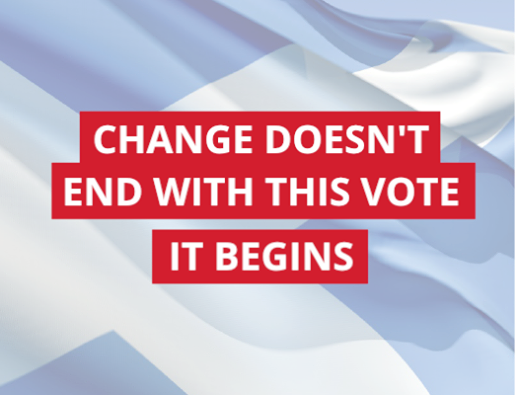 The Scottish referendum, alongside the rise of UKIP, highlights deep anger across the UK with Westminster politics from so many people who feel that our country doesn’t work for them.
Labour’s plan for Britain means big economic change about how our country works and for whom it is run. Labour will answer that call, delivering fairness at work, tackling inequality with a higher minimum wage and fair taxes with a 50p rate for the highest earners.
But we also need change in the way we are governed. We cannot and will not now sit back and put up a ‘business as usual’ sign over Westminster.

More powers for Scotland – a new settlement for England and its regions
On Friday Ed Miliband reaffirmed Labour’s commitment to deliver on our promise of further powers to Scotland on a timetable beginning immediately. He also called for a Constitutional Convention so that other people in Britain, including England, have the chance to shape their own futures with a dynamic devolution settlement.

In the coming weeks Labour will set out how this should begin before the next election with every nation and region in the country engaged in a dialogue with the people about how power needs to be dispersed, not just in Scotland, Wales and Northern Ireland, but in England too.

This will involve the people rather than just an elite in Westminster, and regional debates will bring together elected representatives with ordinary citizens and civil society.

Each region will produce a report outlining a series of recommendations, covering for example: how sub-national devolution can be strengthened; how the regions can be given more of a voice in our political system; how we can give further voice to regional and national culture and identity.

This would be followed in the autumn of 2015 with a Constitutional Convention to determine the UK-wide implications of devolution and to bring these recommendations together.

It will discuss the shape and extent of English devolution and what reforms are needed in Westminster, as well as the case for a regionally representative Senate or for codifying the constitution. Major recommendations would then by debated by Parliament.

David Cameron has made his own set of proposals. We will certainly examine these, but we need much bigger change than the Prime Minister talked about. Change in how the country is run and who it is run for.

The message from this referendum was a call to bring power closer to people, but more than that a call to make Britain work for its own people. Rewarding hard work, tackling insecurity and making it possible for the next generation to get on.

A Cabinet Committee is not the answer to this desire for change, a Labour Government is.

The English and England’s regions do need to have their voice heard, which is why we will devolve more power to people throughout England.

We will study any proposals to give English MPs more powers of scrutiny of legislation.

But this must not be a Westminster-led rushed solution to these issues, but instead one led by people. We’re wary of back of the fag packet proposals that risk undermining the integrity of the UK.

The timetable for further devolution for Scotland
During the referendum campaign, Ed Miliband, David Cameron and Nick Clegg published a joint agreement on a timetable for further devolution.
· Immediate action to start the legislative process.
· A Command Paper including all party proposals published on 30th October.
· Engagement with civic Scotland and the Scottish Parliament.
· Heads of Agreement by the end of November.
· Draft clauses for the new Scotland Bill published by the end of January.
· Immediate introduction of a Scotland Bill after the General Election regardless of who forms the Government.

This timetable cannot be the same as that for English devolution
We’ve just finished a two year referendum campaign in Scotland so there has been very extensive public debate about what powers should be devolved in future and all three parties have set out plans. The wider debate about English devolution and reform of Westminster is at an early stage and if the voices of our nations and regions are to be properly heard will need to take longer.

This was what Hilary Benn had to say about all this in his address to Conference.

‘The people of England have been very patient and in that very English way, they are now saying “Excuse me, but what about us?”

Well, we are listening and that’s why Labour will offer England a new deal that will pass power down, money down, responsibility down.

I want cities and counties, towns and districts, parishes and neighbourhoods to make more decisions for themselves and to have more control over the money they raise and contribute.
But I want that to be fair, because what we have now certainly isn’t.
Look at the shameful and deliberate way the Tories have taken most money away from the most deprived communities.
They’re cutting spending power for every household in the ten most deprived areas in England by sixteen times as much as the ten least deprived. They’ve targeted Labour Liverpool and Hackney and Knowsley and Birmingham while at the very same time they’ve actually given increases to Tory Elmbridge, Surrey Heath and Wokingham.

That’s why we plan to take £30 billion from Whitehall over five years and pass it to local communities – to city and county regions across the length and breadth of the land to: give them the means to create jobs; help people into those jobs; train them in the skills they need for those jobs, invest in the trams, the buses, the railways and the roads to help them get to work and businesses to thrive, and build the homes for those workers and their children.

That’s why we’ll say to local authorities: “Help us to commission our new Work Programme.”

That’s why we will give local areas control of the funding for further education for 19 to 24 year-olds.

That’s why we will put together the money for health and social care so that local communities can provide better integrated care for the old, and for those with long-term conditions and disabilities.

And by doing this we will help communities to build a stronger economy, a stronger society and a more equal one too, so that not only does London get investment and flourish, but Leeds and Birmingham, Manchester and Newcastle, Sheffield and Bristol, Derbyshire and Nottinghamshire, Cornwall and Essex.

Our new deal is for all parts of England. This will be the biggest economic decentralisation in a century.
But it won’t be enough.

We will go further in changing the way decisions are made so that we can free local communities, the people of England, to shape their own destiny.

Not something cooked up in the corridors of Whitehall, but a deeper, more profound change involving people from every part of the country.

A national debate – leading up to a Constitutional Convention – as fervent and as involved as the one that paved the way for devolution in Scotland.

This isn’t about the long grass; it’s about the grass roots telling us what they want in the long term. A Convention with a purpose.

Change that is a means to an end. No longer “what will you do for me?” but “what shall we do for ourselves?”
The change we need to build the homes, generate renewable energy, create jobs, give our young hope, overcome poverty, care for our community and one another.
Change is coming. Change that devolves power but which also binds our country together.’

Yes, change is coming – and the Labour Party must and will spearhead that.

Britain Will Be Better Under Labour

One thought on “This isn’t about the long grass: it’s about the grass roots telling us what they want – Labour on English devolution”